For more than a year some of my Rwandan colleagues have been urging me to organize a mission trip to South Sudan. In June, we made the trip by bus from Rwanda to Juba, South Sudan, with a one-day stopover in Uganda where we were hosted by the Kampala Church of Christ. Besides the three of us from Rwanda, we were joined by a brother from DR Congo, one from Kenya, and a brother and sister from South Africa. 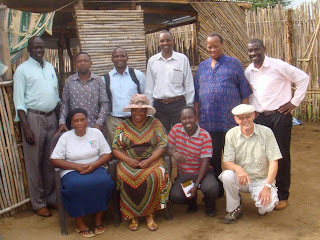 One of our purposes on this trip was scouting, to evaluate our impressions of what the needs are, how receptive the people are to the gospel, how open and cooperative the government would be to outsiders coming to serve there, etc. Our evaluation was at a high level in all these areas. We went to sow some seeds in various ways, but maybe the most significant were the seeds sown in our own hearts: a greater passion to serve the people and share the good news. 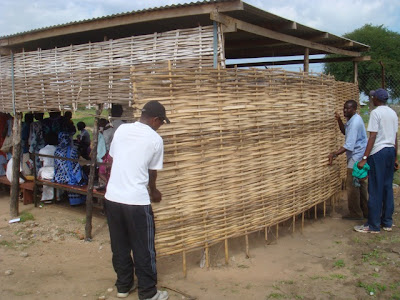 We were graciously hosted by a Ghanaian missionary couple, Isaac and Janet Adotey, as well as Peter Ladu, a Sudanese brother, who provided opportunities for us to bless the two young churches they are working with. We did small construction projects to improve their church facilities as well as a local community health clinic. Several home Bible studies led to at least 5 people accepting Christ as their savior and being baptized. Our overall impression of the openness of the country to outsider assistance might be summed up in the expression at least two officials said to us, ‘We want friends!”

Posted by Sam and Nancy Shewmaker at 11:10 AM No comments:

Hymn and Literary Tour of England and Scotland

Nancy:
On our way back to Africa in May, we were so happy to be able to join Dr. Jerry Rushford and his group of 35 or so, in a Literary and Hymn Tour of England, Wales and Scotland. This was an inspiring 12 days of singing (225 hymns!) and experiencing the very places where the literary greats of times past and our hymn writers lived and left their mark upon our culture. We felt renewed and gained a deeper appreciation of our heritage, while enjoying fellowship with new and old friends. What a blessing! So grateful to friends and family (Sam’s sister and brother in law) who made it possible for us to enjoy this very special once in a life-time holiday. Can you imagine singing ‘Amazing Grace’ in the church where the composer, John Newton, former slaver turned Christian, wrote it and served as curate of Olney church? 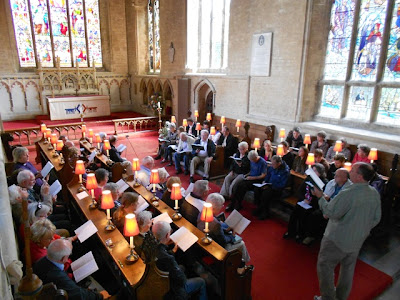 Sam: I was greatly blessed to have been a part of this tour. At times was overwhelmed by the art and architecture, the sheer immensity of scale of the old churches of England and Scotland, not to speak of the equally towering faith exemplified in the lives of the adherents of the Christian religion in this history. But this tour left its mark on me in another, more troubling way.

I can't help but consider the massive amounts human creativity, physical labor and time (250 years to build York Minster) that were invested in the construction and maintenance of these huge churches, not to mention the monetary costs invested in places where so many thousands have come to meet God, when the Apostle Paul said that God does not dwell in temples made with hands of men. Many of these great churches have become monuments to a waning faith in England and Scotland. Worse yet, many are being turned into tourist spots, restaurants and other businesses. 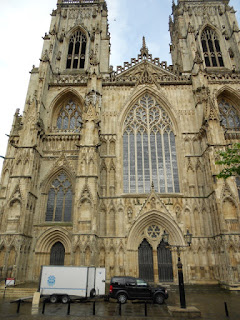 But what bothers me more than anything about all this is what was NOT DONE because the church historically from about the 5th century A. D. onward became inward-focused and building-focused, at the expense of being outward-focused; going to the church instead of obeying Christ's command to go to the world. Except for a few, a very few who 'swam against the tide' and made a small impact here or there, more than 1000 years was wasted in withdrawing from the world rather than taking the gospel to the lost. Where would we be If we had focused on Christ's commands? Would we have completed the task of making disciples of all nations? Would Christ have returned to take us home? It's hard to say. But we can say, it is time to mobilize the church on a grand scale to make up for lost time and to get the job done!

Posted by Sam and Nancy Shewmaker at 9:05 AM No comments: