It was a journey that began in July 2006. I received an email titled, 'This Burning in my heart.' It was the story of a boy who as a high student had watched part of the genocide in Rwanda in 1994 and had never gotten over it. He prayed to God that day that if ever God wanted to him to serve in Rwanda, he would go. The email on my computer glowed with red-hot passion. By phone I suggested we might get together in the next couple of weeks, but that wouldn't do. It had to be ASAP. That Thursday night six people sat with Nancy and me on our living room floor and we watched the Spirit at work as words and tears and prayers and fears flowed. 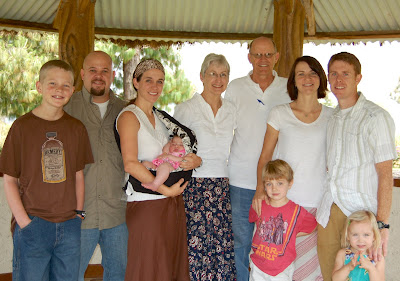 Chris and Jill and Fred and Tess and... David and Lori and Ian and Lola... walked off a plane... to begin their life in Rwanda. 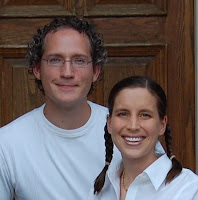 And then in a few months we expect to see Heath and Rebecca and (as yet unborn) Pete walk off a plane to join them. This is a good day and that will be a better day.
Posted by Sam and Nancy Shewmaker at 10:31 PM 4 comments:

This past weekend I experienced my first attempt to scale Karisimbi, Rwanda's highest mountain. Was it too much pie for Thanksgiving? Was it old age? Was it being in too poor physical condition? Was it the wrong season of the year? Probably a combination of all those and more. But Karisimbi wasn't playing around with the ill-prepared? In a word, it 'defeated' me. 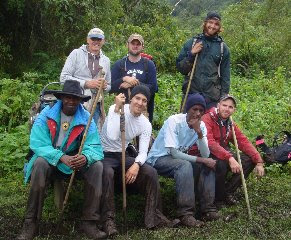 Six friends and I took this journey together. The expedition was planned as a spiritual retreat and ended up as a fight for survival. We knew it would be a physical challenge, but there was much more that we didn't know. We didn't know the effect Karisimbi would have on our bodies trying to climb to nearly 15,000 ft. in less than 24 hours, through deep slippery mud, in wind, rain and 40-degree weather and on very limited rations.

How did it compare with Africa's highest mountains? There was no comparison in my experience. I've topped both Mt. Kenya and Kilimanjaro and neither came close to the bitter struggle of climbing Karisimbi. Will I try it again? Hmmm. I will have to think that one over for quite a while!
Posted by Sam and Nancy Shewmaker at 2:34 AM 1 comment: