Last night Omar had a dream in which he saw someone standing in the corner of his room. The person he saw in his dream had scars in the palms of his hands. Omar identified the person as Jesus Christ. He said Jesus instructed him to read Ezekiel 12:1-3 and then to find some Christian to explain to him the meaning of this verse. Early this morning, Omar arrived at a local church and told his story to two of the church leaders. They met outside because Omar said he could not go into the church building. 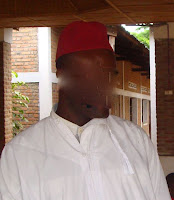 Until this morning Omar was a sheik in one of the mosques in the city. He had studied the Kur'an in Medina and was now a teacher in the mosque. After visiting with the church leaders he said he understood that his people were unreceptive to hearing from God. He said he believed that God wanted him to leave the mosque and to follow Jesus. He accepted Christ as his savior.

Then Omar drove back to the mosque and turned in his car and his books. He left his house and returned to the church toward the end of the Sunday morning service. He said that the leaders of the mosque then burned all of his belongings. One of the church leaders told me his version of what happened earlier. Then I met Omar and learned more of his story.

He said he was married to a woman and that he had a second wife who was 'a spiritual wife' that he been given to him by 'majini', the spirits. It was this spiritual wife who communicated with him and told him that his belongings had been burned and that he should go into hiding. Omar was waiting for the church leaders to decide what they could do to help him find a place to stay. The church leaders were caught in a dilemma. They were not sure of the truth of Omar's story and wanted to check it out further. On the other hand, they did not want to shun a person who had just accepted Christ. I don't know how this will work out.

Omar's story has a familiar ring to it. Many Mus1ims have come to Christ because of what they saw in a dream or vision. If his story is true, Omar will pay a high price for his decision to follow Christ. He is in danger of being killed because of what he knows. He will be disowned by his family and will likely have to live in hiding and maybe move to another country. Pray that Omar will have the faith and courage to follow the course he has chosen and to be a witness to others.
Posted by Sam and Nancy Shewmaker at 10:39 PM 4 comments:

Bill and George were boys who were born in Africa as missionary kids as I was. The three of us were about the same age. We grew up together on the same 'mission station' in Northern Rhodesia in the 1940s and '50s. Bill and George were my best friends. As young boys we played Red Rover, hunted antelope and shot at crocodiles along the Kalomo River; we explored much of the African 'bushveld' on the mission station.

George was an amateur biologist and a consummate prankster for as long as I can remember. He would sneak around and drop a frog in your pocket if he could get away with it. But he couldn't keep a straight face ... his face gave him away on every trick. 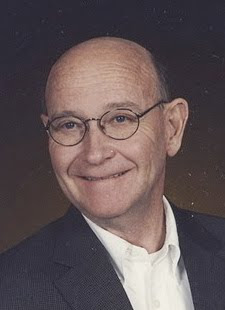 Bill was a dreamer and a storyteller. He would launch into to his old African or other stories whenever their was a lull in the conversation and someone looked like they might give him their attention. He amazed you with all the details of the events that he could remember. I could never recall those details even if I had been a major character in the story.

After grade school we went off to boarding school in Lusaka, the capital city. There we grew to become young men who felt our independence at a pretty early age. The British boarding school made us tough and responsible for our own lives. With no parents around we had only our friends to rely on. We learned to swim, play rugby, bunk out (leave the dorm after hours without permission), walk six miles to the movie theater on Saturday afternoons and ride the old steam-driven train home overnight on holidays and long weekends. Oh yes, and do some studying too.

In the early 1960s, all three of us traveled to the states and attended Harding College together. After college, our lives took different directions. George went on to become a medical doctor who practiced in Northeast Arkansas. Bill became a professor who taught languages at McMurry University in Texas. Both became well-respected in their professions. And I returned to a life in missions in Africa. Thereafter we would only meet occasionally and get a chance to catch up on each other's lives.

Is this when you begin to say to your friends of faith, "You go on ahead ... I'll see you later"? George went on to be with the Lord a few years ago after a difficult struggle with cancer. Bill and I were both able to be at George's memorial service.

Then Bill died suddenly of a heart condition last month. Nancy and I happened to be in the U. S. and were able to attend his memorial service. We heard some of those old stories again from Bill's friends and more we had never heard before. And we were blessed to meet some of Bill's family we had never known.